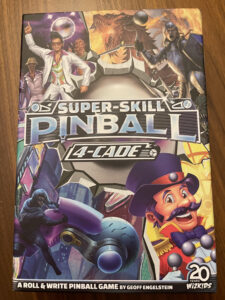 Good evening, Grim & Perilous fans! Tonight’s game is “Super-Skill Pinball 4-Cade”, a roll & write pinball game by Geoff Engelstein. When I was young, my dad bought a pinball machine. It sat between the car bays in my messy suburban garage. I grew up mostly without TV, so I played it a lot. It was “Mata Hari” themed.

During research for this review, I found this pinball board on the internet pinball machine database here, if you’re interested. It’s a fairly simple board, produced in 1978. It was the early nineties by the time I got it, so I’d seen other more advanced pinball boards before this one, but this is the board where I gained a bit of skill. I wouldn’t call myself a pro, but I’m no slouch. When I saw “Super-Skill Pinball 4-Cade”, I fell in love with the theme. I didn’t have any roll & write games, so this seemed like a good pick. 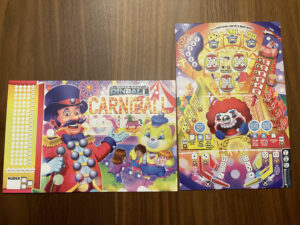 Each of the four boards that come with the game are played over the course of 3 rounds. During each round, the player rolls 2 6-sided dice, then chooses a spot on the board where the pinball lands, fills in the spot with the provided dry-erase marker and continues to roll and fill in spots on the board, filling in the accompanying “backboard” or scorecard when noted. The themes of the boards are: 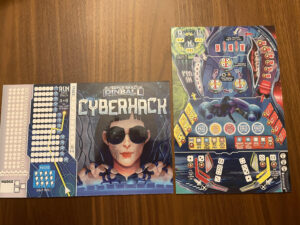 3. “Dragonslayer”, a board where you play as a wizard with level-up mechanics and spells that change the faces of the rolled dice. 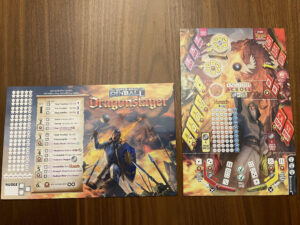 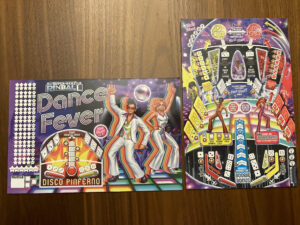 As gameplay progresses, the spots for the flippers are filled in, and eventually, depending on rolls, a player will get a gutter ball or fall down one of the side lanes. To avoid this, the player has the option to “nudge” the table and change a die result to a different face of their choice, three times per game. The instruction booklet says which parts of the board are to be erased. 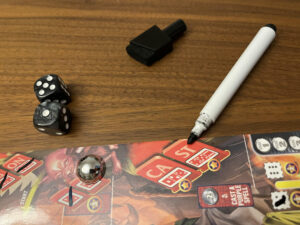 The game comes with a set of two dice, several “pinball” tokens, and four dry erase markers with erasers on the caps. The pinball tokens can sometimes smudge the dry erase marks on the pinball boards, so I had to be careful about how I placed the token when moving it around the board. The game comes with a quick start guide, which I appreciate, for people who want to learn the basics quickly. It also came with a more robust instruction book that gives an overview of all the specific rules for each pinball board. 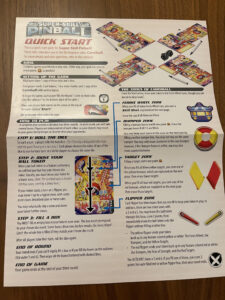 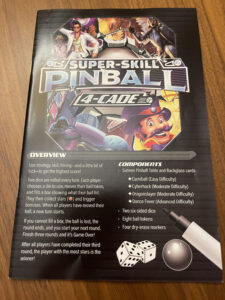 I really enjoy this game. I feel like it has a lot of replay value with all four boards. The instruction manual has a place to record your high scores, and even comes with a set of achievements for each board. If you aren’t very good at pinball, this game fulfills your fantasy of being a master, by featuring the ball going through all the zany ramps, filling in the rows, nudging the table, and ricocheting madly through the bumpers. I hope this game sells well because I would welcome a sequel or expansion. I have yet to play it non-solo, but I imagine that much like pinball, it’s probably better enjoyed alone. The instruction booklet encourages players to pick a single die roller and each player plays off the same die rolls.