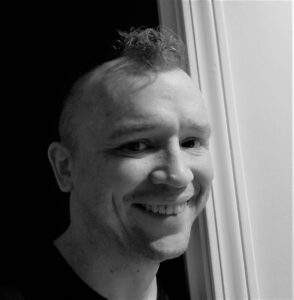 When he isn’t attached to his keyboard, he spends time creating scores for independent films, playing board games, and driving muscle cars. He is currently working on a campaign setting for the ZWEIHÄNDER d100 game engine, titled RADIATOR: Grim and Post-Apocalyptic RPG. You can reach him on Twitter at @RadiatorRPG. 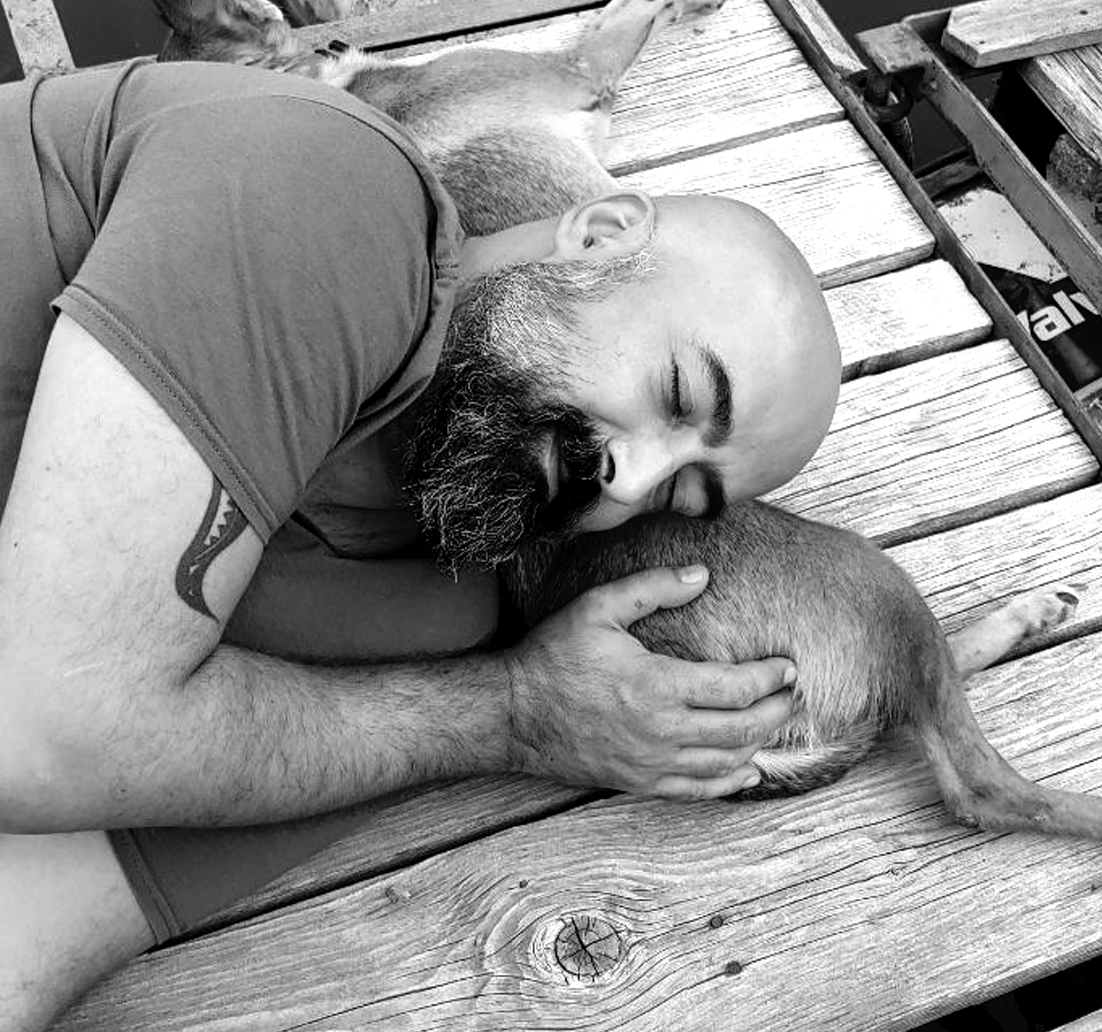 On dark, moonless nights, you can find DEJAN MANDIC lurking desolate streets of Belgrade, Serbia. Confronted, he will claim that he is walking his dog, but we all know that he really should be working on new drawings for Grim & Perilous worlds.

Having survived two wars and countless riots, Dejan lost interest in reality and prefers spending time inside his illustrations. Dog’s name is Molly. 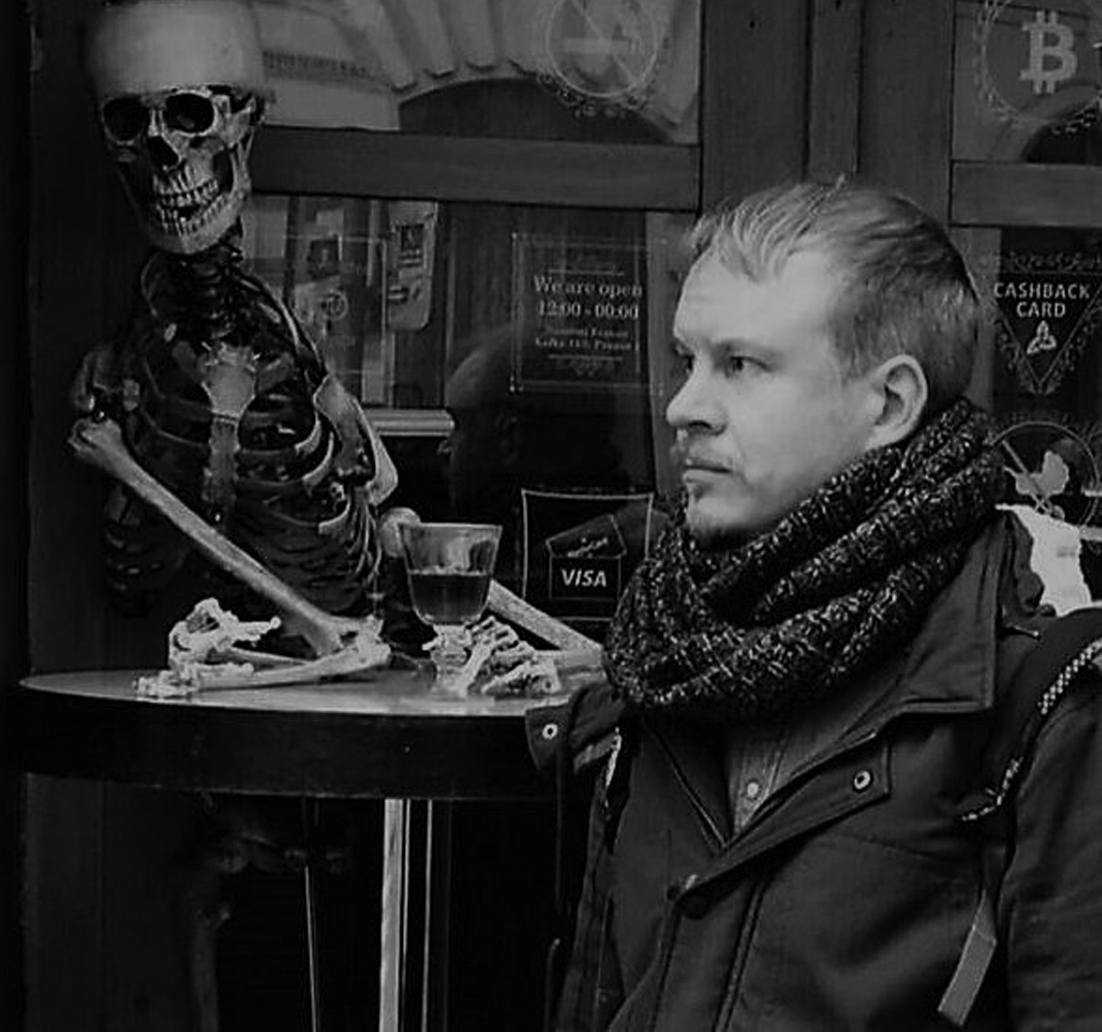 JUSSI ALARAUHIO is an artist and scholar stationed in the Ostrobothnian city of Oulu. Jussi’s color artwork adorns many a ZWEIHÄNDER publication, and he is ever envisioning new ways of telling stories through images.

Jussi has a 30 year history with RPGs, and some of his epic campaigns have indeed spanned a good part of said three decades. He is also known for his scale modeling approach to tabletop wargaming, which has produced an unmanageable volume of finely crafted 28mm scale terrain now stored in the basements and cupboards of his friends and relatives. Jussi can be reached via his online portfolio: https://poundermound.weebly.com/ 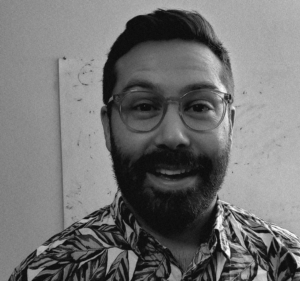 KEN DUQUET is a Basic Tier Peasant, making the most of his ‘More Work?’ and ‘Supernatural Paranoia’ Talents. You can find him farting with open derision in his squat hut, moss-coated and rocky, brooding eternally over https://kenduquet.myportfolio.com/ in the lee of great granite ledges. 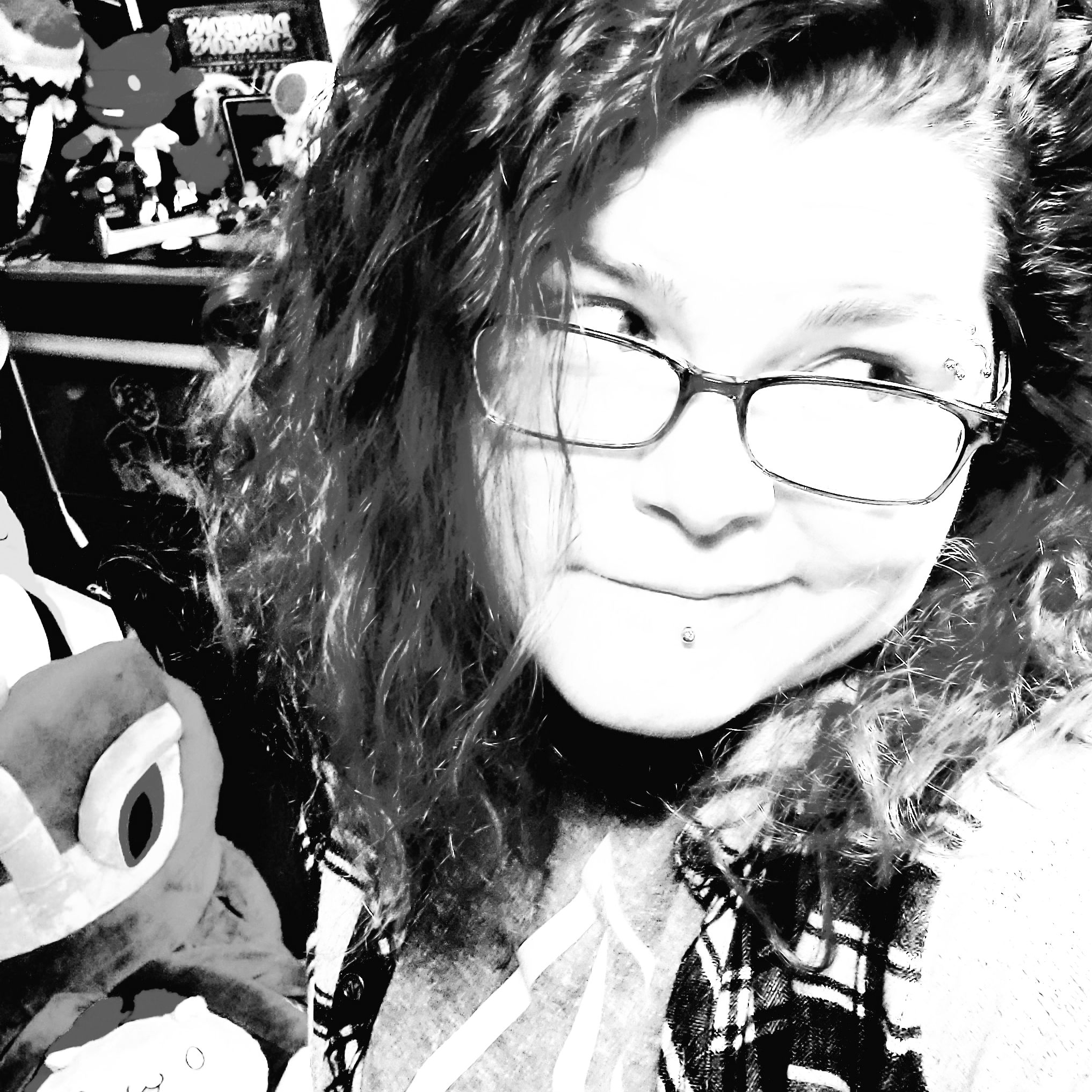 KAYLA “SQUIFF” PEEK started playing RPGs under the age of ten, worked on a demo team running role-playing games in the early 2000s, and has been a beta tester for ZWEIHÄNDER ever since. Prior to this, she ran LARPing weekends and charity events for thirteen years. When not rolling dice, she is (probably) automating scripts, playing video games, or managing and moderating Twitch channels. She can be found on Twitter as SquiffyTub. 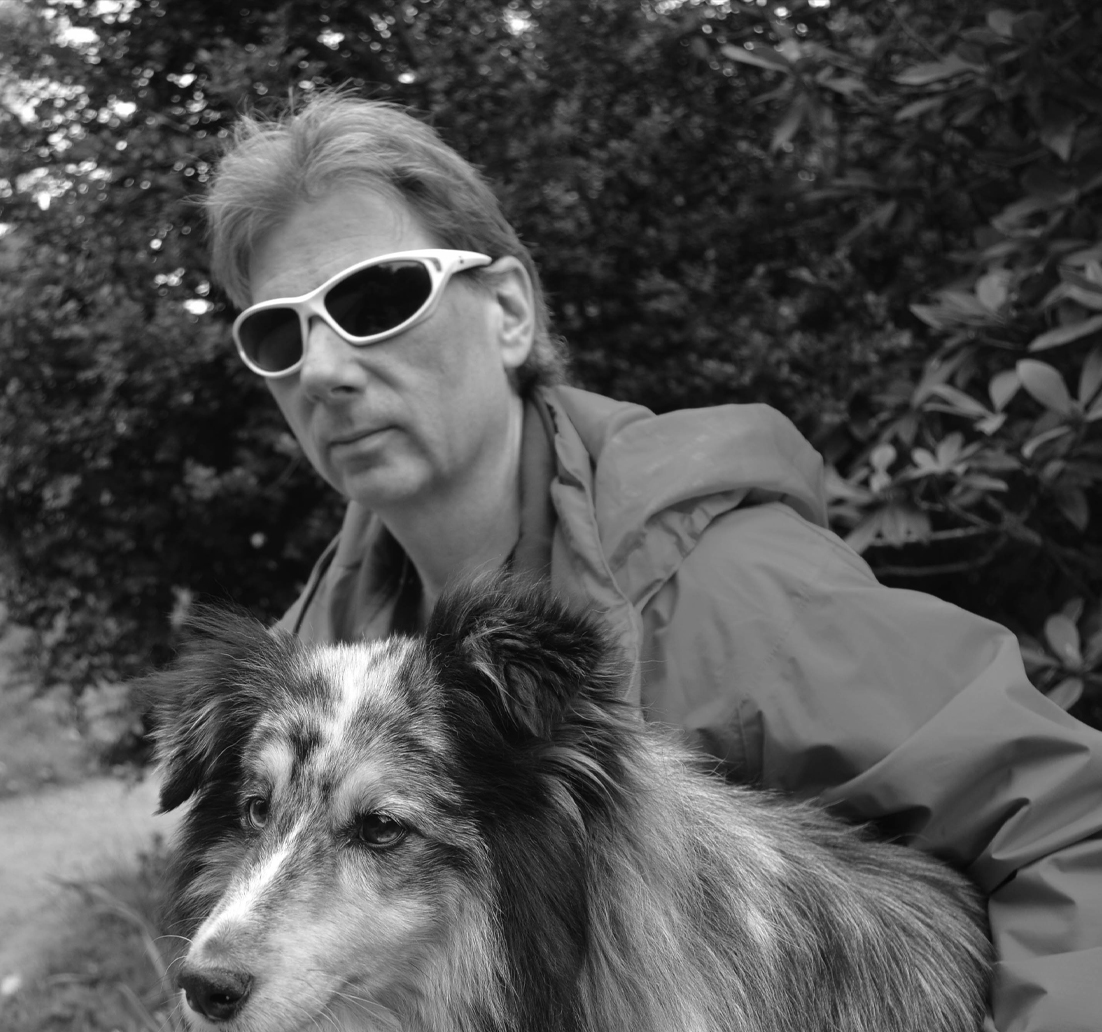 Peter has been publishing indie RPGs for the past five years; spanning the genres of dark modern-day fantasy, science fiction high adventure and the wild west to name just a few. When not writing or gaming Peter lives on a croft in Shetland with his wife, three dogs and four horses. 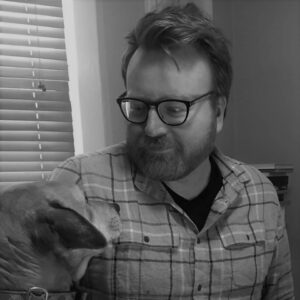 His other hobbies include amateur home bartending, rum collecting, and board games. Nick lives in Kansas City with his wife, daughter, and dog, Leoshi. 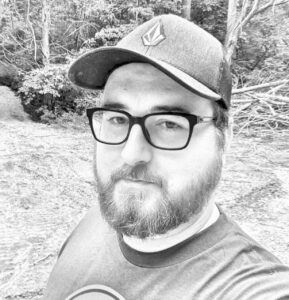 Chuck Kranz approaches you in a dark alley. His small beady eyes scan his surroundings for unknown threats. He speaks, “Hey! My name is Chuck with The Defenders of Kobold, and I’m here to write some tasty content for Grim & Perilous Studios!” His eldritch words fill you with dread as he presses an adventure module into your hand. You gaze upon the cover, taking in what could only be described as the illustration of a large golden banana. Your mind reels from the demonic imagery. You stumble to your knees, your stomach empties onto the flagstone with a mighty retch. Your vision closes in and you slip into unconsciousness as you hear his final words,

“Go ahead and roll initiative for me….” 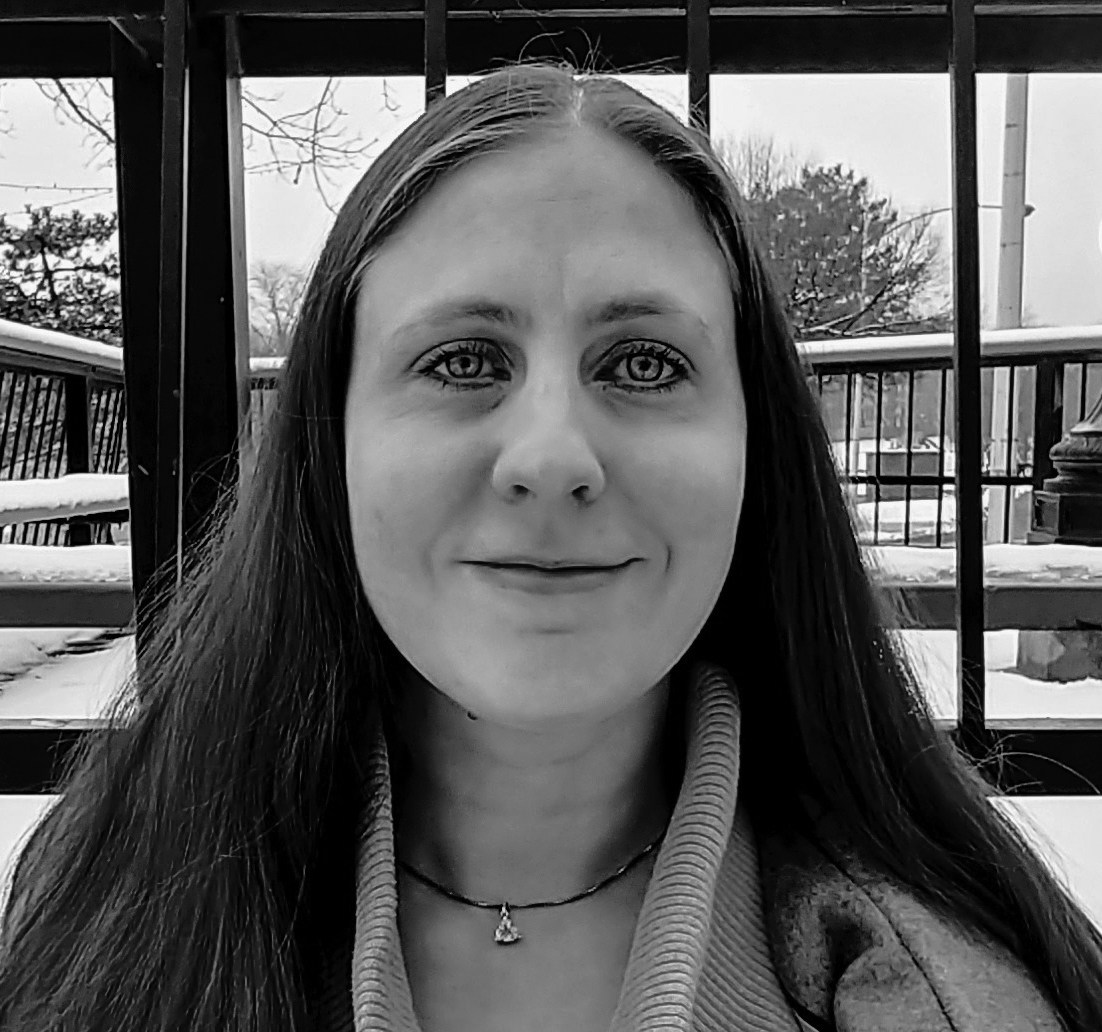 JENNIFER ROSE (FORD) is an editor, proofreader and playtester for Grim & Perilous. She plays tabletop role-playing games on the Grim & Perilous Gaming channel and is a playtester for their RADIATOR RPG podcast on Patreon. When she isn’t sifting through words, Jennifer can be found streaming on her Twitch channel, tossing around ideas related to games, playing board games, writing or doing artwork.

You can find Jennifer on the G&P Discord or on Twitter at @pixel_prowler
You can also find her streaming with G&P members at: twitch.tv/pixelprowler 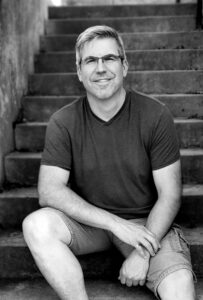 JEFF HEISING has been rolling dice on and off since 1981.  RPGs have always been a creative output for him so he decided to try his hand at writing a supplement.  With Zweihander being the game of choice for his home group, he thought of no better place to start than with the Grim & Perilous Library.  His first supplement, Leather, Steel, Blade & Bone was born with the assistance of Adam Rose and Ken Duquet.  Jeff brings four decades of gaming experience to the team, and he’s one of those old-school guys that expects at least one combat encounter per session. 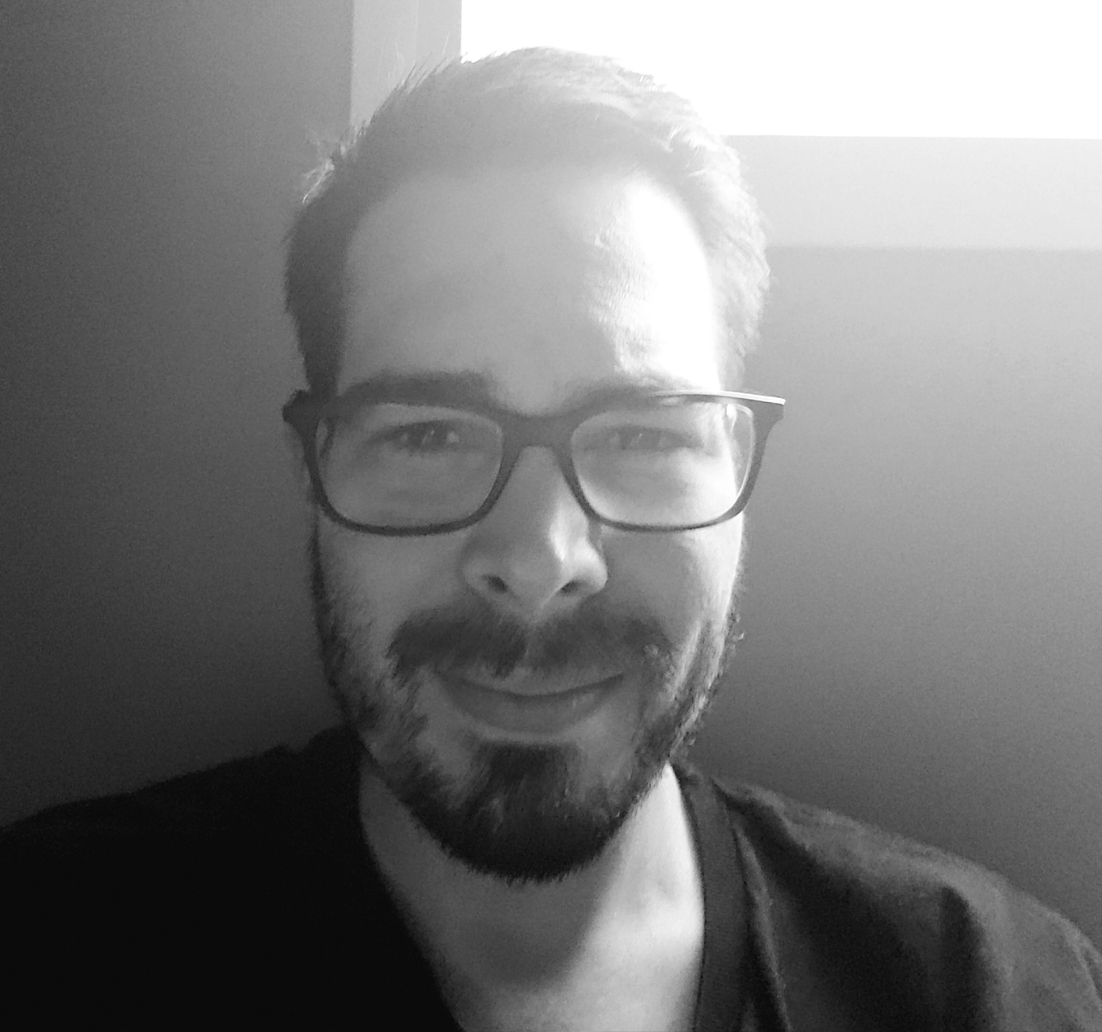 MATTHEW JOWETT is a lifelong gamer, Deadhead, and unapologetically Canadian. He cut his teeth streaming games on others’ channels and got bit by the bug. Early on he built Jowzam’s Den Twitch channel, with a strategy of shining a light on indie games which deserved more attention and showcasing the people behind them. Father & husband bringing people together through games. Sharing stories, creating tales, and most of all… having fun.

At the table, Matt digs a variety of board games and tabletop role-playing games. Some of his favorites are Eldritch Horror, Star Wars Rebellion, anything using the Year Zero engine, and, of course, ZWEIHÄNDER. Off the table, Matt enjoys taking advantage of the local surroundings by hitting the trails on his mountain bike. 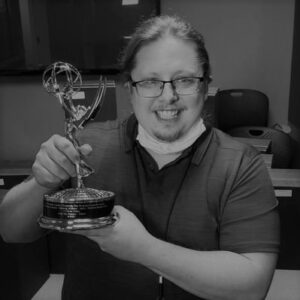 SEAN VAN DAMME is an Emmy Award-winning video editor and game designer who has worked on Flames of Freedom and published his own Wild West RPG Ballad of the Pistolero, while also writing a full campaign for Zweihander – The Concordance of Freedom. When he isn’t writing games or cutting the morning news he fosters sick kittens for the local city shelter. Sean lives in Richmond with his wife and their six four-legged children.

Please join all of us in welcoming Sean to the team! 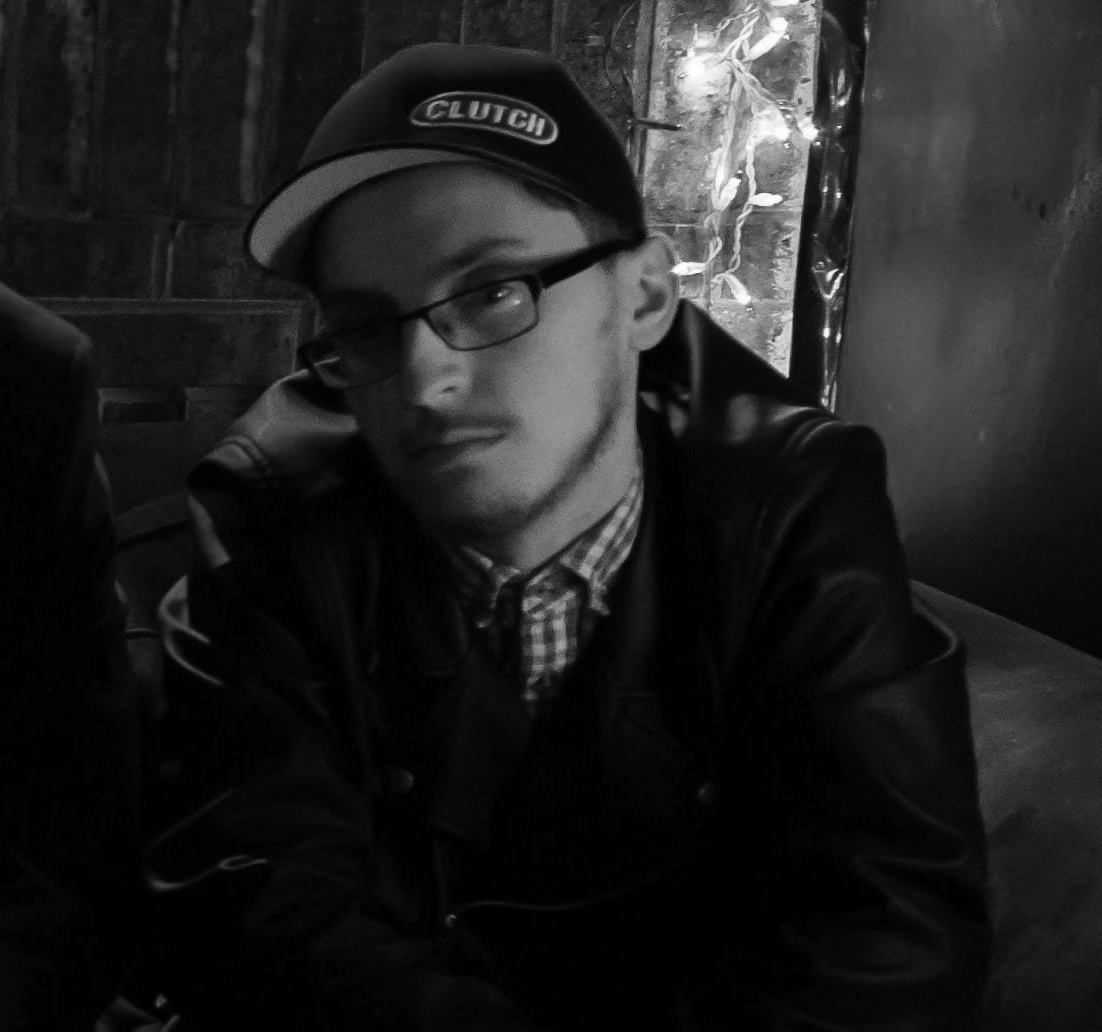 TANNER YEA is a freelance writer and editor, whose contributions to ZWEIHÄNDER Grim & Perilous RPG helped the game nab two gold Ennies at Gen Con 2018. Tanner has also contributed to MAIN GAUCHE, and is the co-designer of DARK ASTRAL. In addition to ZWEIHÄNDER RPG, Tanner has worked on multiple smaller publications and even made a game or two of his own.

When not reading RPGs or writing RPGs or thinking about RPGs, Tanner currently attends school for computer science. He is also the lead singer and rhythm guitarist for stoner doom metal band Slugger. He is currently working on AGE OF IRON, a setting chapbook designed for roleplaying in a grim & perilous world vaguely similar to our own.