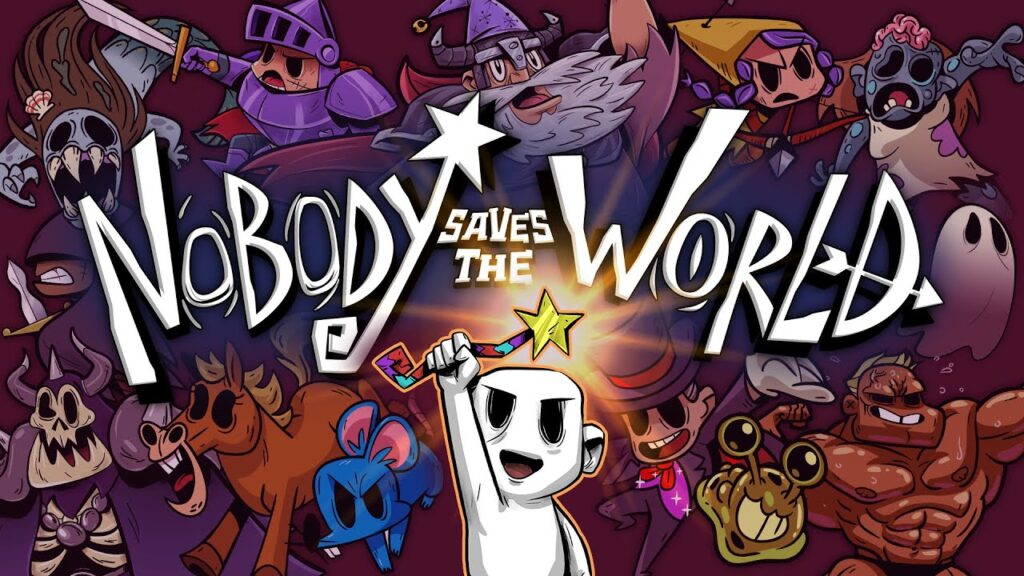 I picked up “Nobody Saves the World” with no particular expectations, having not watched any game trailers and only reading one review. I was intrigued by the 2D hand-drawn-style visuals of the game, but I knew little of the other game systems. I was pleasantly surprised by the game’s silly sense of morbid humor. Typically “evil” enemies were sinister, but the quirky art style of the game made the experience a more light-hearted romp. The overland map presented a loving homage to “The Legend of Zelda: A Link to the Past”, while the movement and combat held closer to the more recent “Hades”, a combination I never knew I needed. 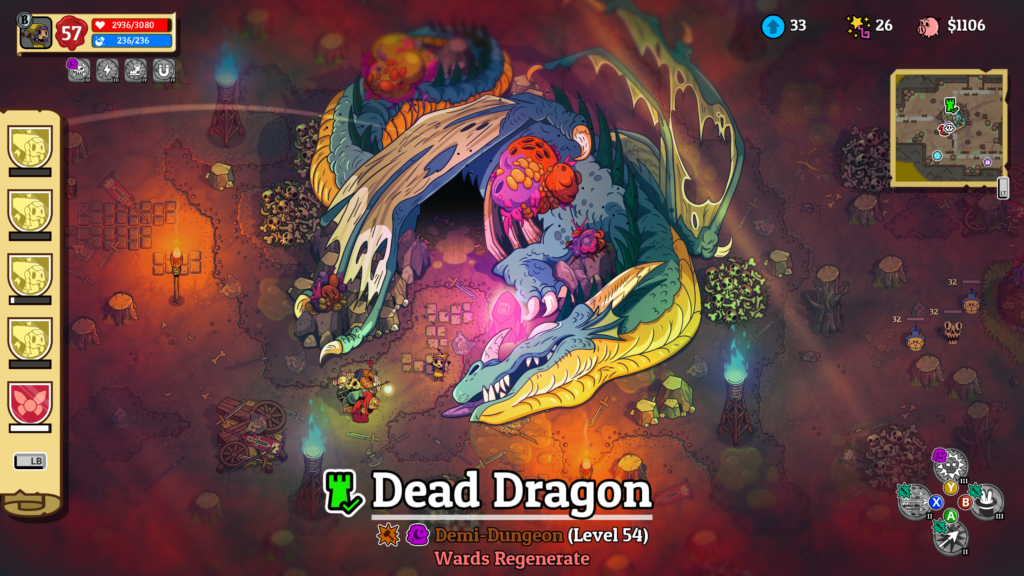 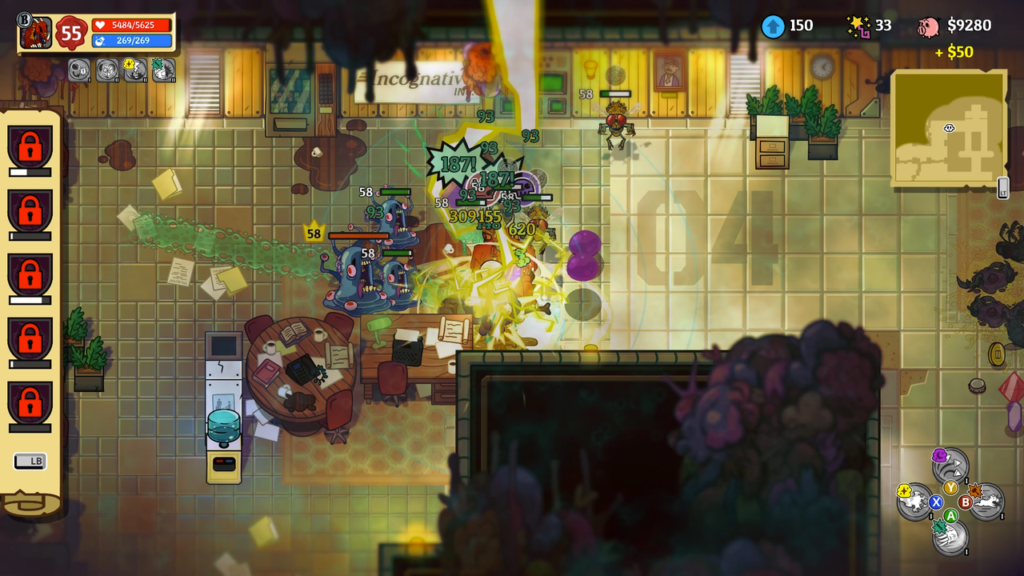 The main mechanic behind the game is the player’s ability to switch to different forms that possess different passive and active moves and skills. To improve the forms, the player is given quests that teach the player how to use the basics of the form, as well as learn to branch out by mixing and matching moves and abilities from other forms. The forms range from standard RPG fare, like the ranger, rogue, and guard to wackier types, such as the egg, slug, and robot. I appreciate how the player was encouraged to try out different builds to progress their overall level and the level of the forms. 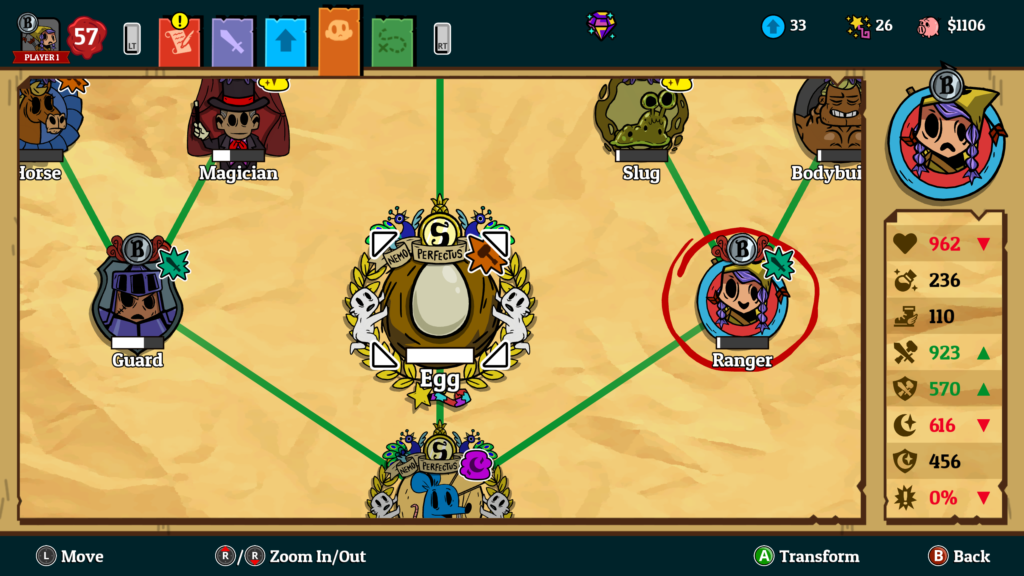 The storyline starts out with the standard amnesiac protagonist, but progresses to an array of sillier side quests including horse romance and deciphering the language of foul-mouthed dolphins. As I became over-leveled compared to starter enemies, a “fear” mechanic kicked in where the enemies fled in fear at my presence. This was a nice touch that made the game respect my time and gave a sense of progression and power fantasy at the same time. There were a few difficulty spikes in some of the later dungeons that required specific builds that used moves with particular damage types. Some of the enemies are immune to all damage until they are hit by a specific damage type, and navigating this with dozens of enemies on screen could be a bit of a challenge at times. 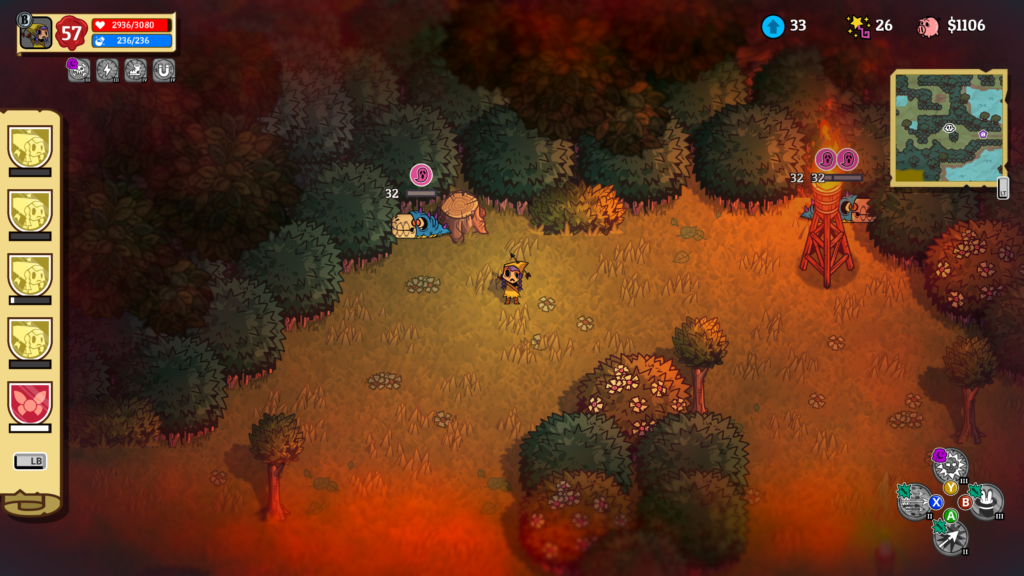 Overall, I enjoyed the game and its diverse cast of silly characters. I felt a twinge of regret upon the game’s completion, despite it offering a new game+ mode. It took around 20 hours to finish the game, and it never overstayed its welcome by demanding tedious grinding or excessive overland travel sequences. I highly recommend this game for people looking for a nostalgic experience with a refreshingly modern gameplay loop.

If you’d like to try the game out and want to help G&P Studios with some affiliate revenue, you can get it on Humble Bundle