I must admit, I’ve bought into the Darkest Dungeon 2 hype train. The wait has been tough, and I’ve been watching some of the early access streams. In the meantime, I decided to check out a DD Clone “Iratus: Lord of the Dead”. Imagine growing up in an American suburb in the Midwest in the ‘90s. You read a few books, and convince your parents to take you to the local Pizza Hut to redeem your personal pan pizza in the Book It! Program.  Maybe your parents even give you a quarter or two, so you get to play the X-Men beat-em up in those little arcade cabinets they used to have. You know what I’m talking about, right? 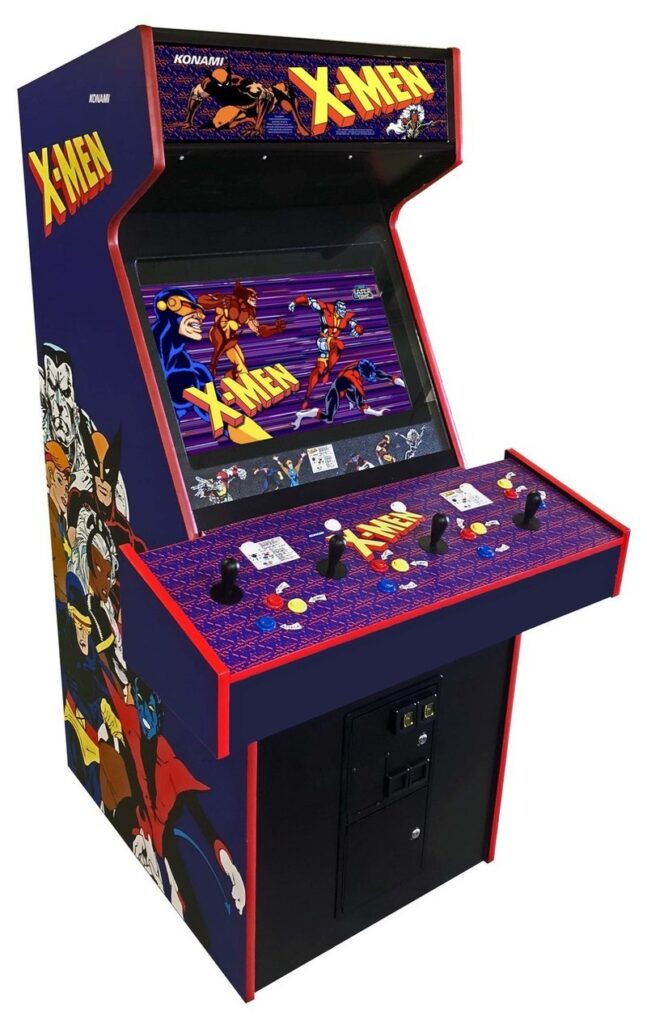 Let’s be real, you know you weren’t getting those quarters.

Now, imagine the years go by, and the Pizza Hut goes out of business and sits forlornly on the side of the “main drag” of your hometown for some time. One day, you’re in the neighborhood, and you see that the Pizza Hut converted to a Spirit Halloween store. If “Darkest Dungeon” is a ‘90s-era Pizza Hut, then that Spirit Halloween Store is how it feels like to play “Iratus: Lord of the Dead.” 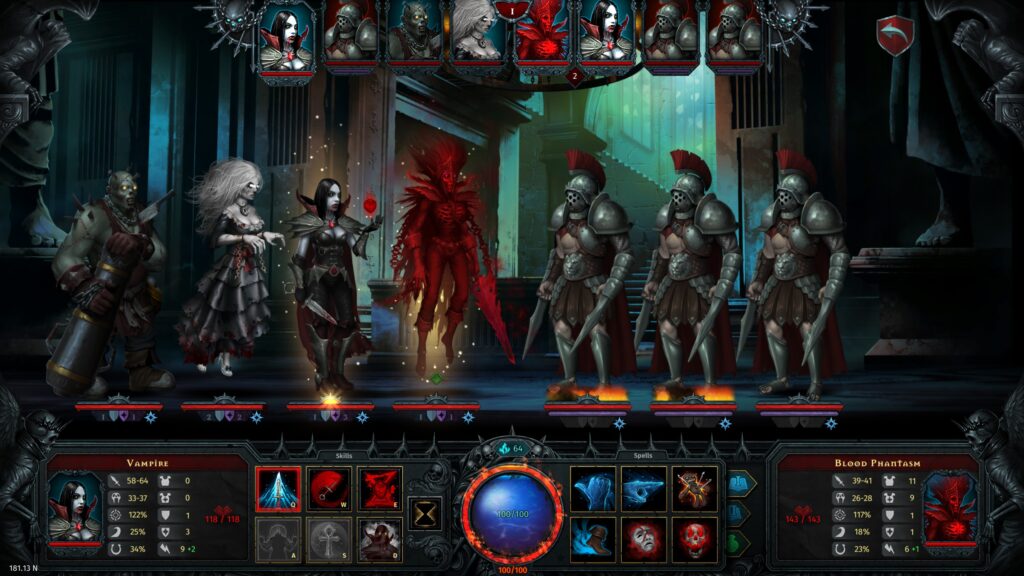 This is not a condemnation by any means. You see the screenshots, and you know what you’re getting yourself into. Everything at surface level states that the experience will scratch that DD gameplay itch, but deep down, you know: it will not be the same. This is 100% true, but in many ways, it’s a blessing in disguise.

“Iratus: Lord of the Dead” opens with a ridiculously campy monologue from the “protagonist” explaining his plight of being awakened from his tomb to seek his revenge on the world, and blah blah, it doesn’t matter. This game is edgelord AF, and is in on the joke with you. Enjoy the ride as you slaughter every mortal in your path towards the surface.

One of my favorite features of the game is how it leans into its gruesome nature in the most ridiculous manner possible. Enemies drop body parts as loot. These treasures can be used to create new undead characters. Brains can be slotted into the new creations to instantly level the newly formed undead up. The game allows a variety of party builds from a massive array of undead that slowly unlock over the course of the campaign by completing specific tasks in battles. 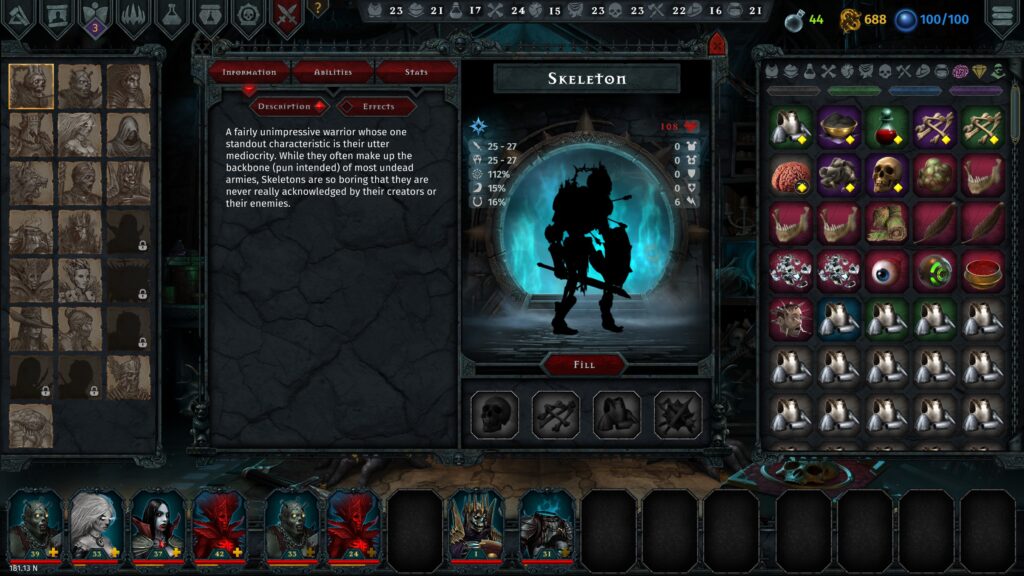 The titular hero doesn’t ever appear in battle scenes, but casts spells from off screen, and provides ridiculous one-liners whenever anything of note happens. Between battles, players have the ability to upgrade Iratus’s necropolis by spending undead workers to improve his buildings. Iratus can also spend body parts to heal his minions or regenerate mana. He can equip himself with artifacts that aid him in battle, and gain new spells and abilities as the game progresses. 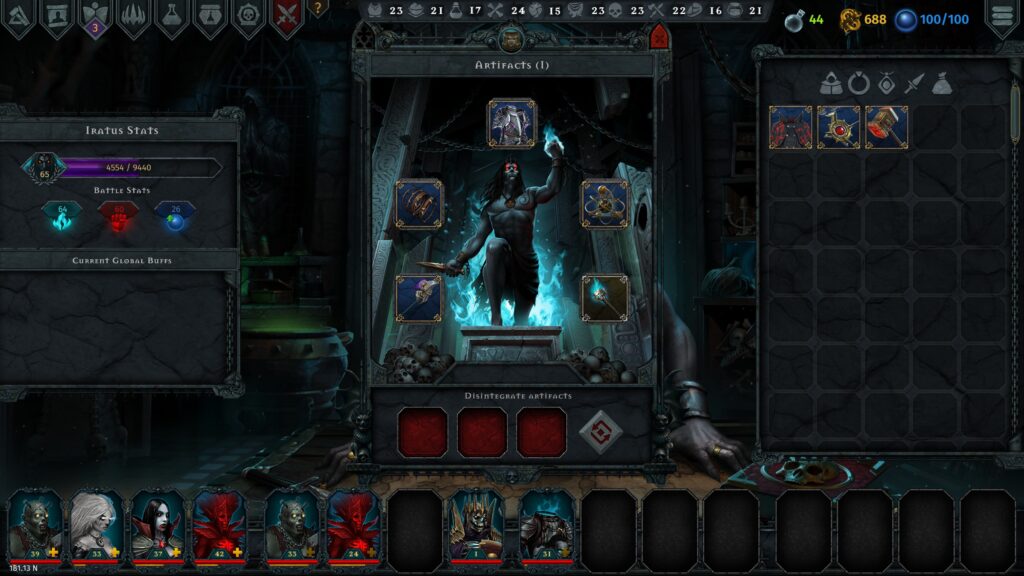 The battle system itself is similar to Darkest Dungeon in many ways. The key difference is that the player has the opportunity to inflict fear on the enemies. Much like in Darkest Dungeon, characters under the effects of fear have a chance of heart attacks, turning on their companions, or skipping turns. If you’ve spent much time playing Darkest Dungeon, being on the other end of this experience feels gleefully sadistic. Iratus strips away DD’s bandages, shovels, and the like for a branching pathway-style dungeon. This departure allows for shorter sessions of a battle or two, rather than committing an extended block of time for an entire dungeon. 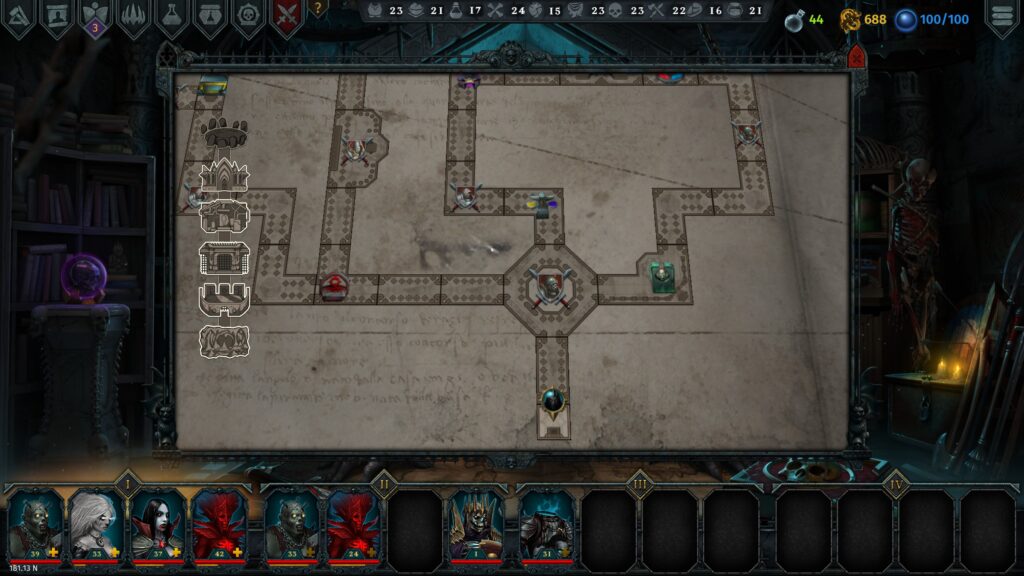 As a final verdict, I put “Iratus: Lord of the Dead” at 3 slices of cheesy pepperoni out of 5. There are a few silly tweaks on the gameplay we’ve come to know and love, but there is nothing truly groundbreaking or new here. Sometimes, it’s okay to enjoy a guilty pleasure. Happy Halloween!

You can pick up “Iratus: Lord of the Dead” here.